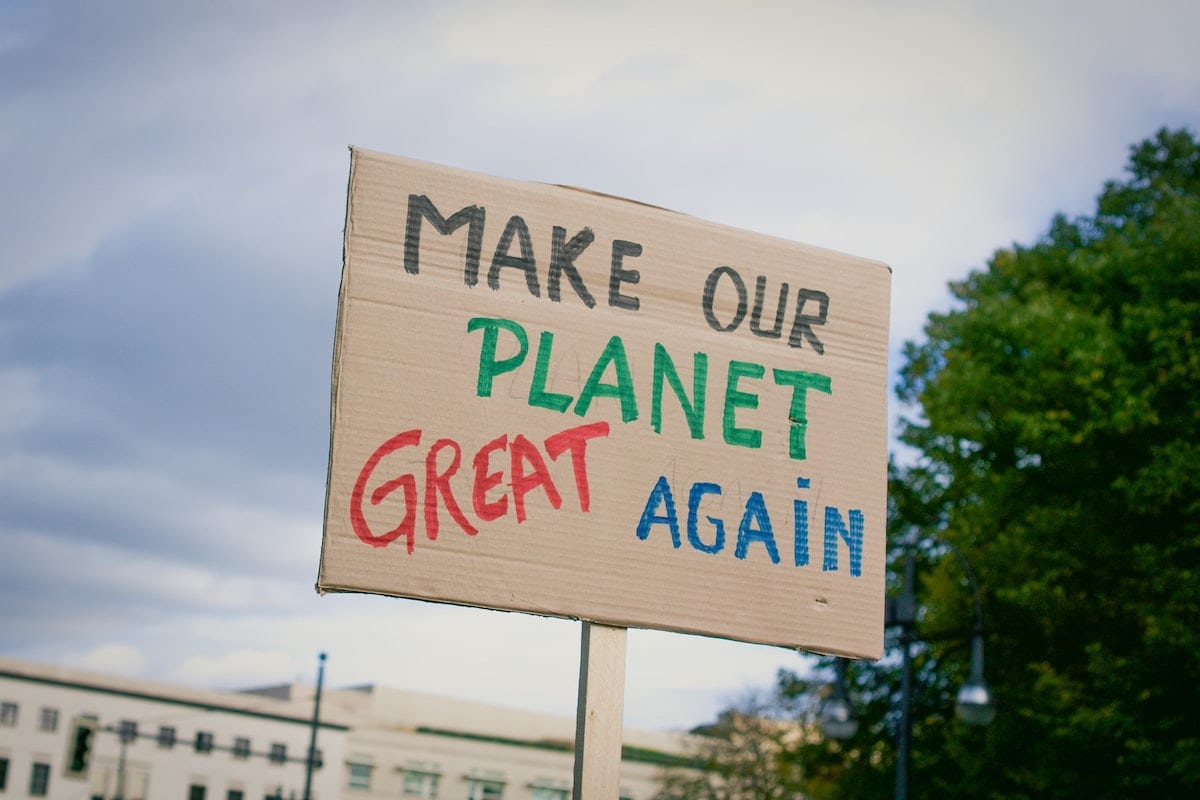 President Trump’s environmental policies mostly consist of rolling back Obama-era policies dealing with climate change. Trump announced his intention to withdraw from the Paris climate agreement. That action put the U.S. in the role of being the only country expressing intent to withdraw from the agreement. Trump can’t officially withdraw until the day after the 2020 election. That makes November 3 an important day for environmentalists.

“The stakes for the environment, for our climate, and for communities suffering the worst consequences of toxic pollution across the nation have never been more stark than in 2020,” said Sierra Club President Ramon Cruz. “This unprecedented mobilization of our collective membership, including millions of members nationwide, will also help build lasting infrastructure in key states and districts that environmental champions running for office can rely upon for future election cycles.”

Arizona is typically a red state where Republican candidates tend to flourish. The state’s three congressional races each make the priority list of the Green Wave 2020. Those three races include a senate seat. Mark Kelly (D) hopes to unseat incumbent Senator Martha McSally (R) to win John McCain’s former seat. A glance at the websites of both candidates shows why the project focuses on Arizona. McSally’s site does not even mention her environmental views, while Kelly’s site contains information on his views on climate change and the environment.

McSally’s site states that she supported Trump’s repeal of the 16 Obama-era regulations. The League of Conservation Voters gave her a six percent on its National Environmental Scorecard. That ranking put her on the organization’s Dirty Dozen that targets the most anti-environment candidates. McSally voted against the Clean Power Plan, efforts to boost Arizona’s clean energy economy, and clean air protections. Phoenix has one of the worst air basins in the country. The American Lung Association’s State of the Air 2020 report ranked Phoenix among the top 10 most polluted cities for ozone, year-round particle pollution, and short-term particle pollution.

Kelly wants to boost Arizona’s clean energy economy. His site points out that the sector employs 10,500 people in the state. He wants to triple that number by “making massive investments in research and development of technologies that make renewable energy more competitive and accelerate the transition to a renewable economy.” The LCV endorses him for the senate.

Join Green Wave 2020. Vow to vote for candidates that champion the environment and work to mitigate climate change. As EDF Action President Joe Bonfiglio said, “The stakes in this year’s elections are incredibly high.”

Photo by Christian Lue on Unsplash