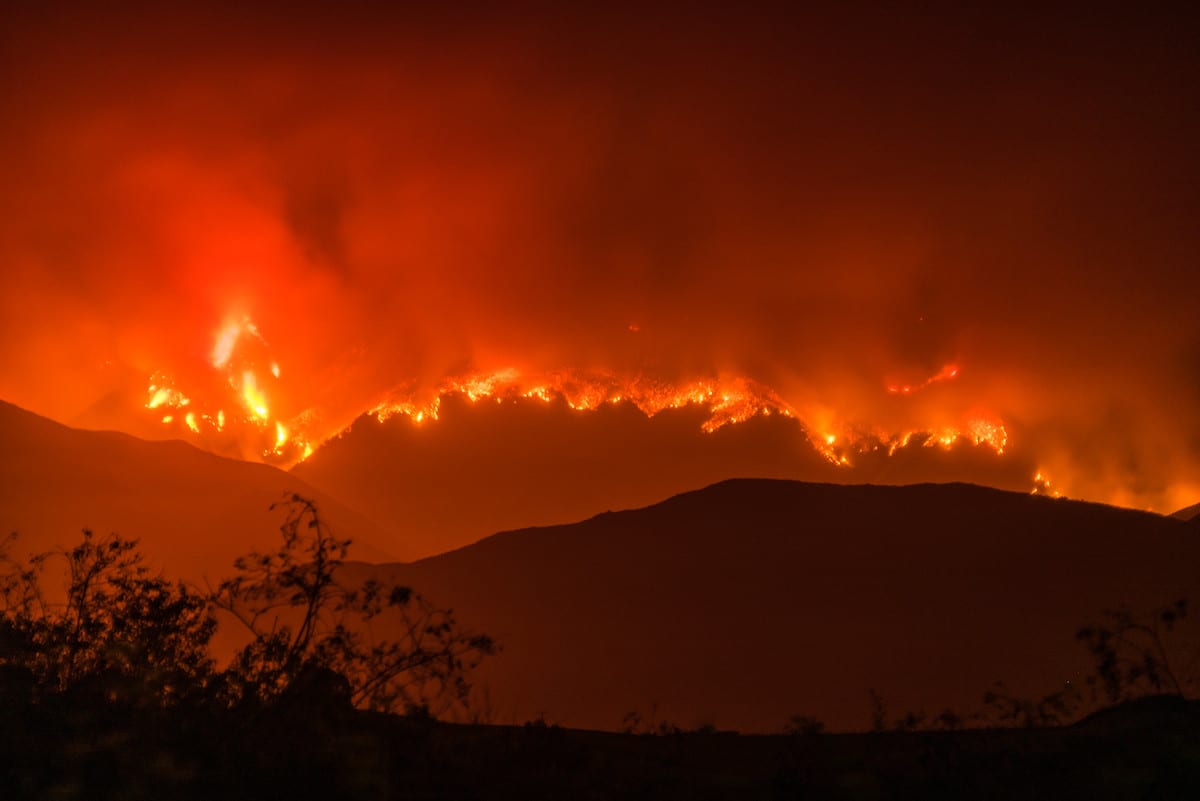 Trump’s budget for 2020 cut funding for a wildfire suppression program by almost $600 million, recent research by the Western Values Project found. His administration acknowledged that 63 million acres of federal forest lands and 70,000 communities are at risk of severe wildfires. “Instead of increasing budgets to try to prevent fires, the federal government has been relegated to fighting them once they’re blazing,” according to the research.

The Trump administration cut funds by more than half for a program that develops both fire prevention and management practices. Trump also cut $45 million in forest and rangeland research money and eliminated forest service research positions. Trump failed to increase funding to deal with wildfires. The budget for the National Forest Service’s wildland fire management activities remains at $2.4 billion, and Trump’s 2021 budget proposes the same amount.

Trump withholds funding for political purposes, according to the Western Values Project. “Trump told us to stop giving money to people whose houses had burned down from a wildfire because he was so rageful that people in the state of California didn’t support him and that politically it wasn’t a base for him,” said the former chief of staff at the Department of Homeland Security, which oversees the Federal Emergency Management Agency (FEMA). The USDA and NFS withheld $9 million worth of reimbursements owed to California fire agencies for their time spent fighting fires on federal lands.

Wildfires grow more severe every year. The U.S. Department of Agriculture budget summary for 2020 stated that over the past 10 years over 68,000 wildfires burned around 6.5 million acres on average. In 2018, California broke a record for the number of acres burned (1.7 million acres). This year, over four million acres burned and wildfires still rage across the state.

The need for better wildfire funding

A 2015 USDA report predicted that the share of the budget devoted to wildfire suppression in 2025 could be over 67 percent. This amounts to two out of every three dollars the NFS receives from Congress. That likely means that funding for wildfire prevention could continue to be slashed. The same report points out that the Vegetation and Watershed Management Program plays a key role in restoring lands after wildfires. The funding for the program has been reduced since 2001. As a result, the rate of restoration the agency could have achieved across all NFS lands has decreased.

Changing the way the federal government pays for wildfire prevention is the solution. That means treating wildfires like other natural disasters. Bipartisan legislation offering a more rational approach to funding wildfires is needed, the report points out. Since wildfires in western states are likely to increase, that legislation can’t come fast enough.

Do you want to see a more sensible approach to wildfire prevention and funding? Vote the Trump administration out of office on November 3.