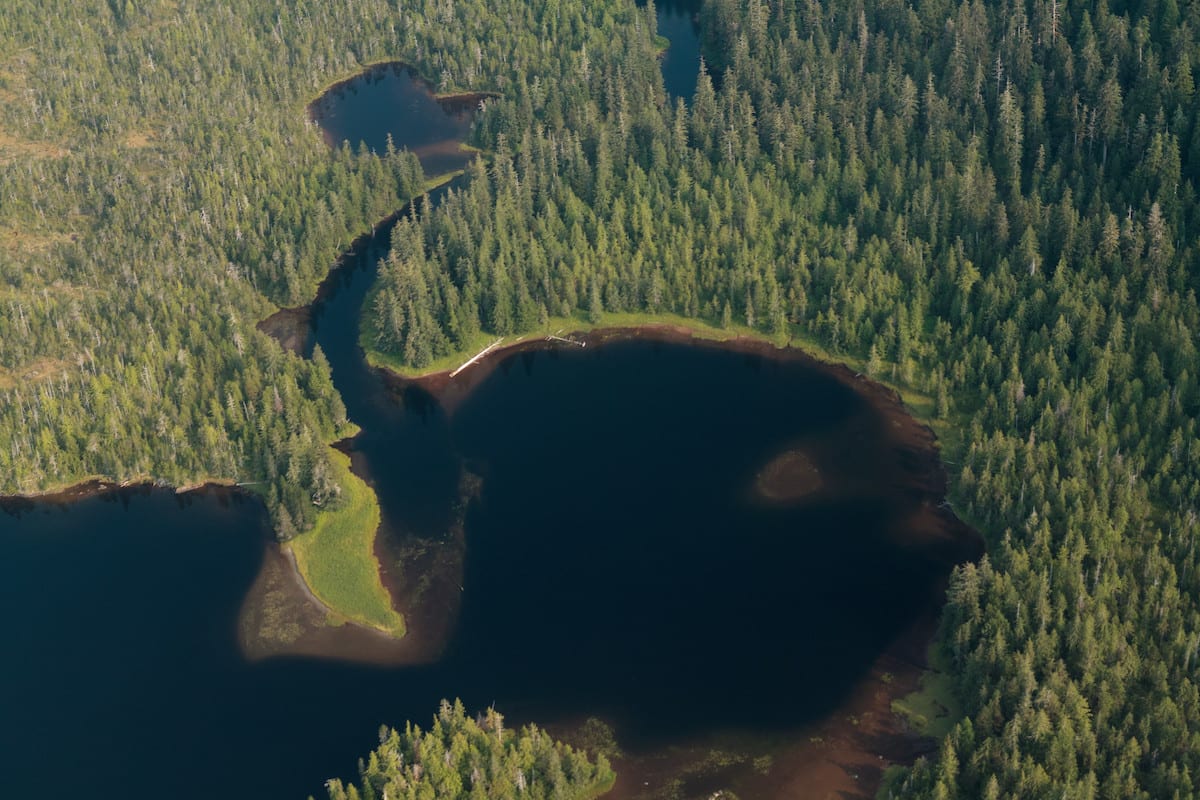 Offering up national lands to mining, drilling, and logging is a hallmark of President Trump’s presidency. A large rainforest in Alaska is no exception. The Trump administration recently opened large amounts of the Tongass National Forest in Alaska to logging and development.

More than 1.5 million Americans submitted comments about the removal of the roadless rule for the Tongass during the rulemaking process. Eleven tribal governments in Alaska submitted a petition to the Forest Service asking for the protection of traditional lands. Polling last summer in battleground states of Michigan, Pennsylvania, Florida, and Wisconsin found that voters oppose a roadless rule for the Tongass. A poll taken earlier this year found that only 43 percent of Alaskans approve of the roadless rule.

The largest national forest in the U.S.

Covering about 80 percent of Southeast Alaska, the Tongass stretches 500 miles from north to south. It is the largest national forest in the U.S. at 16.8 million acres, which is about the size of West Virginia. It is also one of the last intact old-growth temperate rainforests in the world. The Tongass is the remnant of a rainforest that ran uninterrupted through Northern California, Washington, British Columbia, and Alaska. Old-growth temperate rainforests contain more biomass per acre than any other ecosystem. They also hold much carbon. The Tongass holds eight percent of all the carbon stored in national forests.

The Tongass has cultural and economic significance for Southeast Alaska. Especially for the tribes living there who use it for hunting, fishing, and gathering. The regional tourism and fishing industries generate over $480 million a year and employ over 11,000 people. The timber industry, by contrast, contributes less than one percent to Southeast Alaska’s economy.

“These pristine wildlands are vital to customary and traditional practices of the region’s Native peoples, and to climate mitigation and local economies,” said Niel Lawrence, Alaska director and senior attorney for the Nature program at the Natural Resources Defense Council. “The Tongass is our largest expanse of undisturbed forest, rich with wildlife that is imperiled elsewhere in the country, and key to thriving runs of all five salmon species.”

“The Roadless Rule was one of the best proactive solutions for protecting a climate-resilient forest ecosystem—important for birds, fish, and people now and into the future,” said Natalie Dawson, Vice President and Executive Director for Audubon Alaska.

The timber industry in the Tongass costs taxpayers big money

The Forest Service could lose even more by opening roadless areas up to logging, according to the report. The federal agency constructs roads to provide access to timber for harvesters. The costs of building roads increase the total costs of the timber program. Spending on roads in the Tongass comprised over 40 percent of all timber sale expenses from 2000 to 2019. The roadless rule expands timber sales to new areas, requiring more road construction. “This would only drive up USFS expenses and deepen taxpayer losses from Tongass timber sales,” the report states.