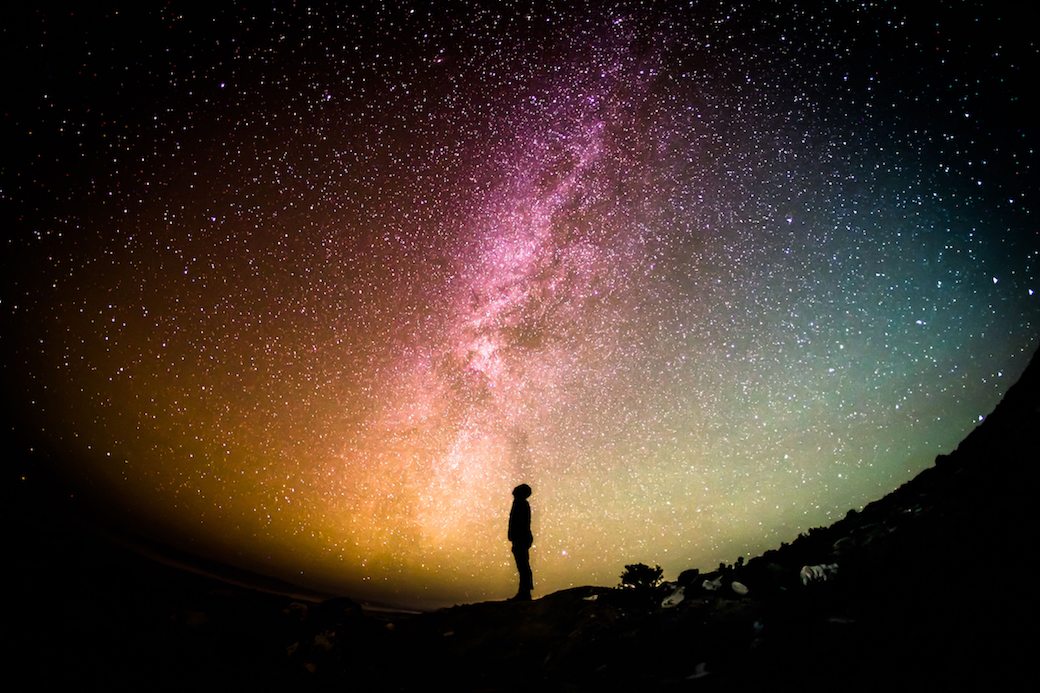 Whatever word we use to characterize our times, or define the geologic epoch, we are responsible. The biblical blessing of “dominion” over the Earth implies stewardship and responsibility. We have taken our myth of creation and turned it into a narrative of plunder and exploitation. We are at the end of the viability of such a narrative; for ourselves and “all the fish in the sea and the birds in the sky and over every living creature that moves on the ground.” Charting a course in the Anthropocene

Given the facile means with which we choose to divide ourselves, it may seem like our only choice is to accept our situation as hopeless or place false reassurances from ancient worldviews.

There is a better choice. One that, I argue, is the true meaning of the Genesis creation story: our place on this Earth comes with it the responsibility to care for it, all its creatures, the land, the seas, and each other.

Where can we find such a narrative? Does it exist? What does it look like? In 2012,  an expectant mother set out to find some answers to those questions.

The following review of the documentary film Tomorrow, based on her journey, originally published in TDS Environmental Media. Tomorrow:  hope in a troubled world

Tomorrow won the 2016 French César for Best Documentary. After a successful release in more than 20 countries, the film made its U.S. debut in the Bay Area the weekend of April 14.  When we talked the following Monday, a tired yet determined-looking Dion said he was encouraged by the overwhelming enthusiasm for the film’s message of solutions and empowerment.

That enthusiasm continues. In a nation beleaguered by uncertainty and antagonism, Tomorrow has clearly struck a chord across the U.S.

As of this writing, Tomorrow is held over in  NY, LA, San Diego, and San Francisco, among other cities.

The road to Tomorrow

Shortly after Laurent gave birth to her first child, she learned of the  2012 Nature article, Approaching a state-shift in Earth’s biosphere.  Co-authored by Anthony Barnosky,  a paleobiologist, professor emeritus of integrative biology at UC Berkeley and currently executive director of the Stanford Jasper Ridge Biological Reserve, the paper’s stark warning of a rapidly approaching biological tipping point was an alarming awakening for a new mother in the 21st century.

We can avoid the severely – and suddenly  – altered world that potentially awaits Laurent’s child and the two billion other children expected on the planet by 2050. But the time to act, the article warned, is now. Waiting until after an ecological collapse to find viable solutions will be too late.

With that dire message, Laurent, Dion and a crew of four set out to tell a different story. We can imagine a better future for our children. If that sounds improbable, we need only look at what people all over the world are doing right now to shape the future of their families, communities, and the

The film acknowledges the urgent message from Barnosky’s work, and that of many others, but doesn’t dwell on the darkness. Instead, it focuses on active solutions.

“People feel helpless… that they are too small to do anything about it,” Dion says.

“I really wanted to make a tool to empower people. To show them that we can start where we are and we can also build a movement.”

A better world, the film posits, can rest on four pillars, looking at each one in turn:

There are innovative solutions for each. Solutions not only “being tried,” but working and expanding.

In another interview yesterday, Barnosky told me he remains optimistic. Messages like the one in Tomorrow are important, he says. It demonstrates  the groundswell of community action globally, suggesting a different narrative for a “global economy.” One that starts with people and communities, connected through a shared belief in their own power to effect change. Not by “saving the world,” but by working in their own communities, their own little plot of land. Think globally, act locally.

But it’s also about being present, here and now, and imagining the kind of future we want.

“If we can imagine the world differently,” says Dion, “it’s going to have an impact on the economic and political structure.”

“We are human beings, so we imagine first. We first need to change the vision, the narrative of the world.”

Tomorrow – Trailer from Under The Milky Way on Vimeo.