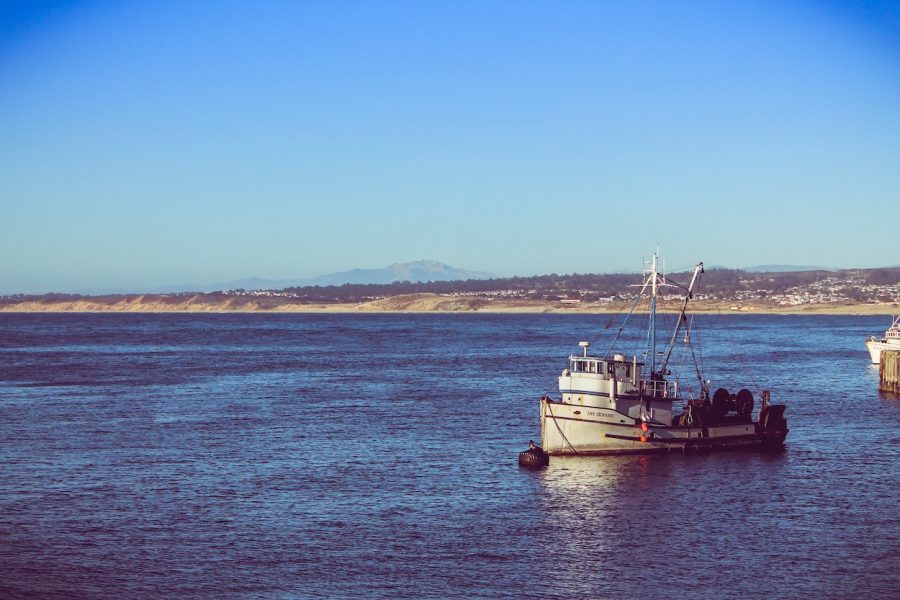 A Harbormaster’s Reflection on a Life Watching the Sea

From Doc Ricketts to Mack to Dora Flood, Monterey is the stuff of legend, the iconic fishing town hugging the Pacific Coast of central California.

Brought to life by the characters of John Steinbeck’s Cannery Row, the abundance of Monterey Bay fueled Steinbeck’s imagination. More than just characters in a novel, Monterey is quintessentially a community of people and their relationship with the sea.

Last fall I interviewed Steve Scheiblauer, the Harbormaster for the City of Monterey (since retired).

An active and well-respected member of the fishing community, Steve also chairs the Board of Directors for the Monterey Bay Fisheries Trust.  The objective of the community nonprofit is to acquire groundfish fishing rights, which are then held in trust for access by local commercial fishermen.

In 2001, the groundfish fishery was “in serious decline, to the degree that it was declared an economic disaster,” says Sherry Flumerfelt, Executive Director of the Monterey Bay Fisheries Trust. Estimates at the time suggested it would take 80 to 100 years for groundfish to recover. It took less than 15.

Without community focused organization like MBFT, independent fishermen are swallowed up by well-heeled global fishing fleets plowing the seas to depletion.

It takes a village

Scheiblauer spent his career on west coast harbors. He became the Harbormaster for Santa Cruz in the mid-seventies, moving to Monterey in 1995. He retired in early 2017, serving the community more than twenty years. “I’ve been around a long time,” says Scheiblauer.

Monterey is a “strong community” built on its long history of commercial fishing, stretching back to the 19th century. “The fishing heritage, culture, and economic footprint are still very much alive here in Monterey,” says Scheiblauer.

The position of Harbormaster for a treasured waterfront like Monterey requires the manner of a diplomat, the savvy of a negotiator, and a feel for the sea.

After more than three decades on or near the water, Scheiblauer has an insight into what most of the rest of us take for granted.

My final question to him was how the ocean changed from his perspective as a harbormaster.

“One change is certainly the regime shift between cold and warm water cycles,” Scheiblauer says.

These cycles long, decadal cycles of temperature through ocean currents typically determine whether anchovy or shrimp are dominant in the region.

Scheiblauer talks of the famed sablefish crash of 1947 as one example. While overfishing certainly contributed to the sudden collapse, “the larger dynamic,” he explains, was a “regime shift” to colder water.

But these cycles are becoming atypical. Instead of seeing either anchovy or sardines, “We’re seeing them at the same time.” There are eddies of warm and cold water mixing “up and down the west coast,” says Scheiblauer. “This is very unusual.”

What is certain, says Scheiblauer, is that a sea change is upon us. How we manage it depends on how well we care for our fisheries and the communities that depend on them.